With every Facebook like, Amazon browse, Instagram post, or Google Maps query, we’re being watched, monitored and targeted. The internet has become a surveillance state and each of us a data set, where companies — known and unknown to us — are cataloguing, monetising and leveraging our data, often in ways to which we didn’t (at least knowingly) consent. The bottom line is we’re being tracked online, and to a large extent, we’ve come to accept it as the price we pay for a wide range of digital services.

Today this same degree of surveillance is coming to the real world, as brick-and-mortar retailers attempt to fight back against online rivals who use their data supremacy to consistently outpace the growth of their offline competitors. Each day billions of shoppers take to physical stores and, for the most part, retailers have little-to-no intelligence about who those consumers are, much less their needs or preferences. A growing number of retailers and technology giants are aiming to change that with a battery of technologies aimed at turning stores into physical websites that measure every consumer footfall, action and reaction within a store.

This is not to suggest that physical retail businesses are new to customer surveillance. Some of us may be old enough to remember the fisheye mirrors used by shop clerks to keep a watchful eye on shoppers. Today though, video technologies are being paired with sophisticated analytics to instantaneously convert images of shoppers’ faces into biometric templates and just as quickly analyse them across a database of other faces looking for matches, enabling a retailer to quickly detect whether a known shoplifter has entered a store.

An abbreviated list of the technologies being used includes:

Their use is already causing some awkward situations. For example, at least two Canadian shopping malls were recently found, unbeknownst to shoppers, to be piloting facial recognition technology built into store directories to analyse demographic trends among shoppers. While the mall operator insisted that the technology was not capturing or storing individual consumer images, they agreed, after significant public pressure, to end the trial.

If that’s not Orwellian enough for you, consider that technology giant Adobe recently launched a cloud-based platform that, by using a variety of data points and technologies, identifies individual shoppers in real-time as they enter a store, portraying them as moving dots on a store map. It then allows store management to click on and receive a full profile of each individual, including spending patterns, marital status, age range, city of residence and more. From there, each individual consumer can be micro-targeted with specific offers and promotions to suit their known purchasing patterns.

Still not dystopian enough? Then take a visit to an Amazon Go store, the first of which opened in Seattle in 2018. From the moment you scan your mobile device on entry to crossing the threshold on exit, every movement and interaction you have with the store is monitored in real time. Make no mistake: Amazon is a data company first and foremost and is now bringing the same level of surveillance to physical stores that has allowed it to become the online behemoth it is today. In fact, according to a 2014 patent filing, the company intends to use its growing vortex of customer data to begin what it calls “anticipatory shipping,” a complex predictive analytics and logistics system that will enable Amazon to accurately ship us products before we even know we wanted or needed them.

And if all this weren’t enough, in his description of his company’s “store of the future” or “augmented retail” initiative, Farfetch founder José Neves describes a world where individual shoppers are “recognised as [they] come into the store, which is either via beacons or via a wallet like your Apple Wallet, scanning in like you would with a boarding pass for a flight.” Then, there is what Neves refers to as the “offline cookie, a technology that automatically adds products to your wish list on your app as you touch them in the store, without having to scan anything.”

So, how do humans feel about becoming “offline cookies?” According to a study by the Advertising Research Foundation, the world Neves describes is not a place consumers are currently comfortable with. While studies suggest that we are largely willing to share data about who we are, we are decidedly more reluctant to share information about where we are. In other words, there’s an important difference in the shopper’s mind between the sharing of data and straight-up surveillance.

It’s highly unlikely that marketers will un-see the opportunity to turn stores into living and responsive websites.

As I see it, two directly competing forces are at play in the retail market. First, the pervasive nature of the internet is rewiring consumers to expect new levels of personalisation of shopping experiences and products. We expect retailers to help us cut through the clutter and give us exactly what we want, how and when we want it. That said, we also desire privacy and these two conflicting consumer needs are now colliding head-on. Can one achieve intimacy without information? Can we enjoy hyper-personalisation while maintaining our privacy? These remain open questions. 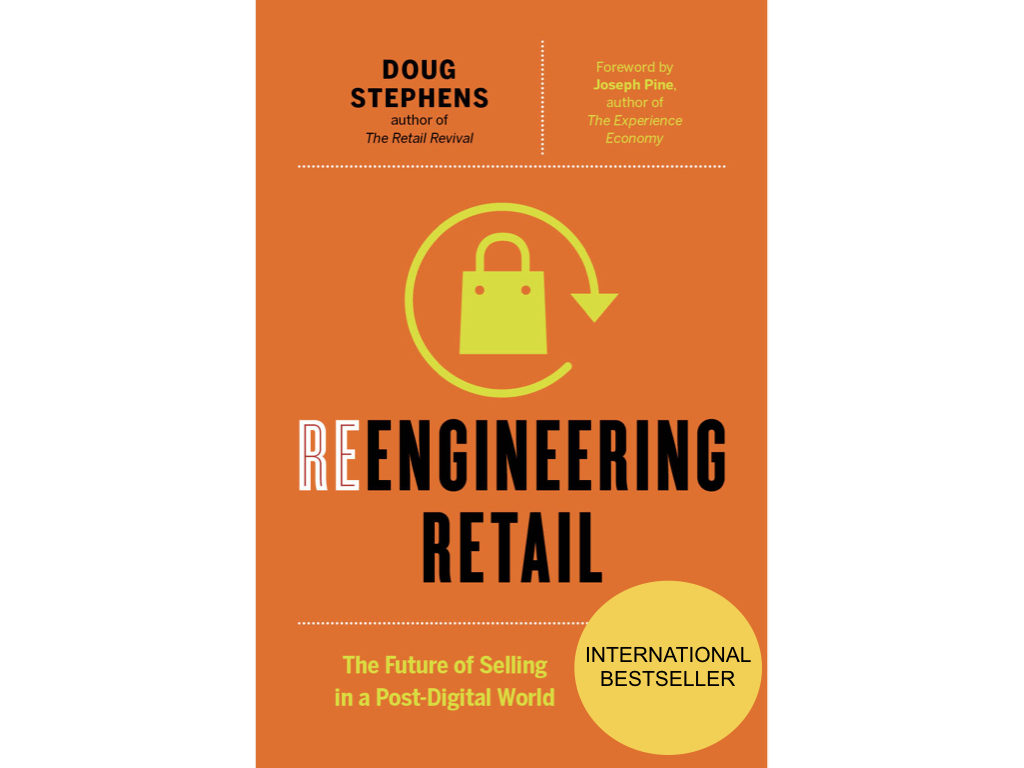 Frankly, I doubt we can get the toothpaste back in the tube. It’s highly unlikely that marketers will un-see the opportunity to turn stores into living and responsive websites.

Retailers most certainly will use technology to better understand who is in their stores and what those customers want. Their capacity to do so is no longer in question. It’s only the rules of engagement that remain to be sorted out. Laws will be broken, rights will be violated, cases will be litigated and, in the end, as we always do, we’ll adapt.

And privacy, like all finite things, will continue to act as valuable currency that we spend where we see value; currency that we will willingly trade with those retailers who not only deliver a clear and justifiable value but manage do so without violating our trust.